This is my first blog post so I thought I’d expand a bit on the process of bringing Kincardine Podiatry to fruition.

It started with a vague notion of wanting a bit more flexibility and a bit more time with my children and culminated in me driving around looking at premises and on the phone to my sister who had seen an old police station in Kincardine. She was passing through on the bus so I told her to get off and I’d meet her and give her a lift home.
By the time she went home we’d viewed the shop and I was a bit smitten.

Mr W (understandably) panicked, rolled his eyes and then decided that it was probably going to be a good idea.

I called a meeting with the people who I knew I was going to need to help me to shape a clinic out of the old police station.
28/8/19
“Avengers Assemble!
Ok I have arranged gas and leccy and pick the keys on Sunday.
Is there a night next week apart from Monday that we can all meet at the shop to discuss plans/timeline?”

It was not a small job. The old police front desk was a sturdy creature and included (as we were to discover) bullet proof glass at the top and steel cladding inside the main upright. I remember having a moment of concern at the polices decision to have a bullet proof front desk and briefly wondered if there was something I didn’t know about Kincardine.

My brother in law (Grant) took the desk and turned it into a bar for his friend, the glass went to my father in law for a sun room and the steel sheeting went to a local car mechanic my dad knew.

Grant was an absolute star and looked at the plans and as always shrugged his shoulders, told me what to order and came and made a clinic out of the shell of the front part of the building.

It was a messy process but I took the lease on in September and started seeing my first patients on the 19th November but only for that week.

It was a wrench going back to my day job while I served my notice. It was a funny time because I’d been with the NHS for 15 years. It had been the whole of my career thus far. There was a lot of waking up at 4am with a vague cold sweat and my brain going round like a hamster attempting a world land speed record.

I finished with the NHS on the 12th December and started in Kincardine Podiatry full time on the 16th December. I’m still settling in but it already feels like ‘home’ and I’m loving being here. 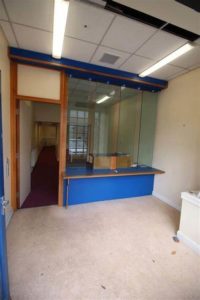 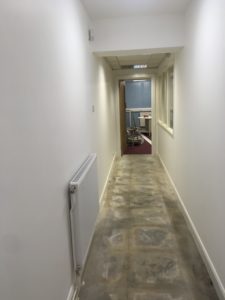 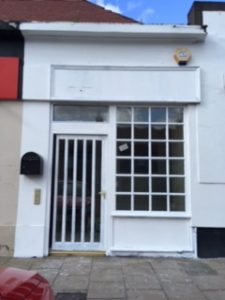 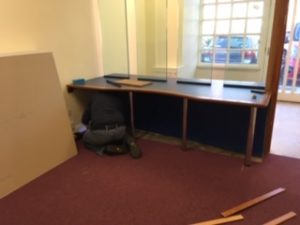 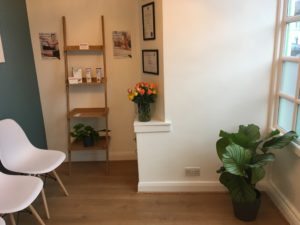 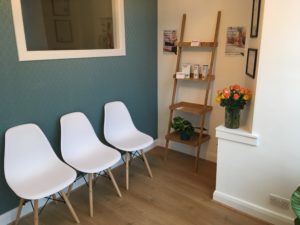 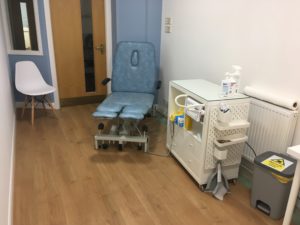